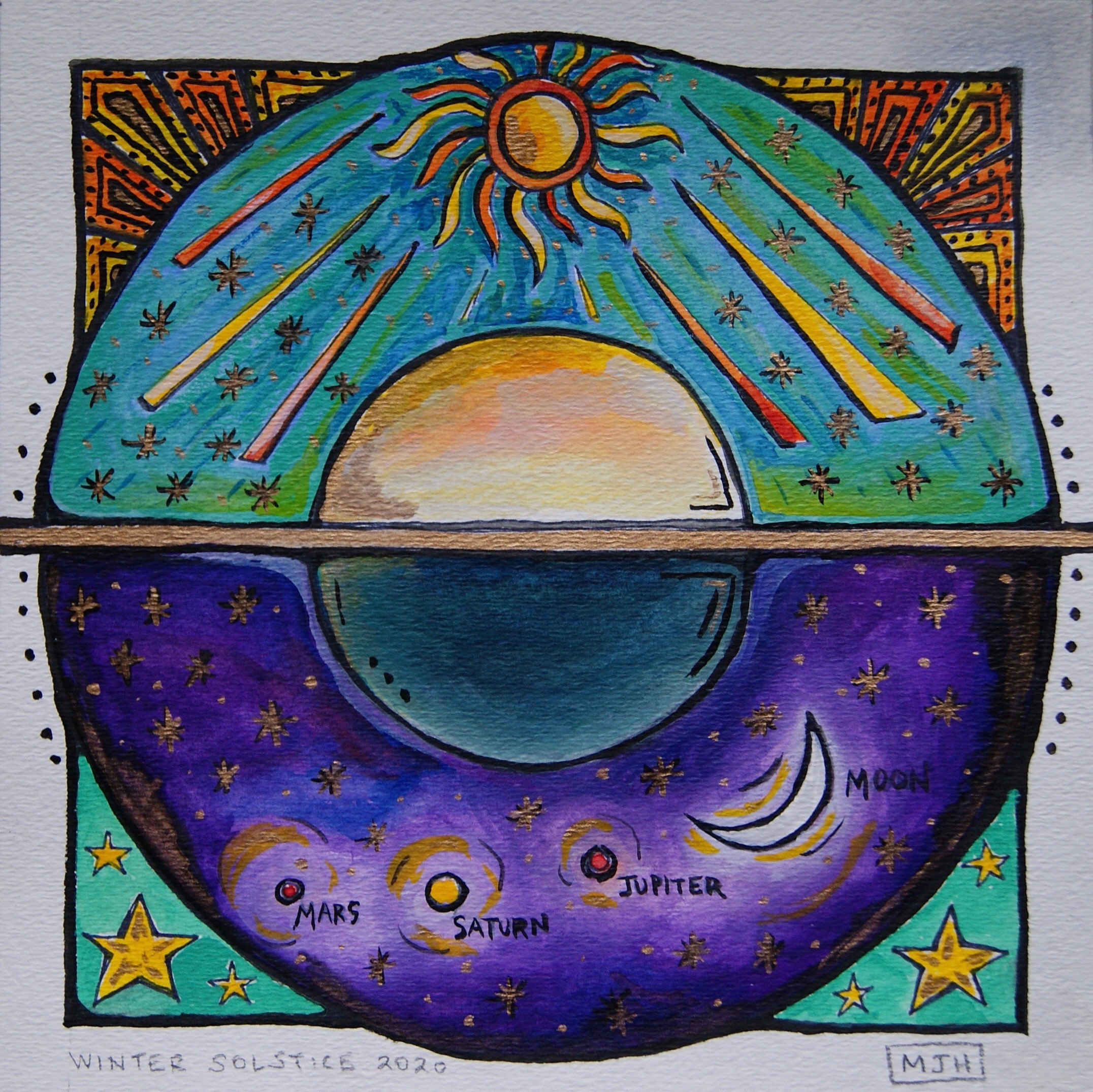 On Christmas morning a couple of weeks ago, while Erin and I were sipping coffee and wrapping a few last minute stocking gifts, we also tuned in to NASA’s website to watch the very exciting launch of the James Webb Space Telescope.

Though everyone at NASA looked tired and stressed, and was probably way over caffeinated, they also looked super excited about what was happening.

In the days leading up to the launch, I read that something like 300 or 400 things had or have to go right for the whole telescope to eventually work. (I can hear my dad in my head telling me that even having power windows in a car is just “one more thing that can go wrong,” so imagine 375 of those things!)

Amazingly, so far, from that day until this writing, it’s all been working–  each piece that had to work has worked and led to the next piece that had to work and to the next, until now, just a day or so ago, the large, tennis court-sized mirror that was folded up origami style (who even thinks to fold a mirror like this???) in the nose of the shuttle it was housed in, has successfully unfolded.

Here’s a little about the Telescope from NASA’s website:

“Webb will travel a million miles away to reveal the universe as never seen before. It will look at the first stars and galaxies, study distant planets around other stars, solve mysteries in our solar system and discover what we can’t even imagine. Its revolutionary technology will be able to look back in time at 13.5 billion years of our cosmic history.”

Space has always inspired me in a way nothing else really can, and for a really long time, in fact maybe until just now, I thought that it was because I had a keen interest in science. But those words above honed in more on what I think I may actually be interested in.

To “discover what we can’t even imagine!!”

It’s true that I do have an interest in science, especially in physics, astronomy, and archeology, and well, just in science of all kinds. I love to read about it and think about it. I was 6 years old when Voyager 1 and 2 were sent out into the world, and it’s like I’ve been running along beside them throughout life ever since, wondering what they will find!

But now I’m questioning if my interest is really in the sciency parts of science, the facts and figures of how things actually work, or is it more the idea of possibility, and imagination, the magic of the unknown that I’m looking for?

I don’t think I’m alone when I say that the idea of “science” has often frustrated me in the way that I think I’m supposed to remember stuff about it. Or that I’m supposed to understand it all. Like, when I casually tell someone, for instance, that I love to read about physics or space, I would imagine people think I know about this theory or that, (and it is possible that I do know a tiny bit if I’ve read about it enough times… but it’s doubtful!).

The realization I’ve come to though, is that I don’t have to remember it all OR understand it all– I can love all the exciting mystery of the unknown parts of space exploration and not have to be able to talk about string theory at parties!

I can just love and be interested in space because I find it to be inspirational.

Probably the single most inspirational thing to me in regards to space exploration is The Golden Record. I feel like the Golden Record deserves its own post, so I won’t go into great detail here, but it is worth learning about if you don’t know. Simply put, the Golden Record is a collection of earthly and human sounds of all kinds (it’s often referred to as the greatest mixtape of all time!) that is hurtling through space looking for other life with which or whom to communicate.

Will it ever find anyone? Who knows, but it sure is fun to imagine the possibilities and to be inspired by it all along the way.

Which leads me back to the Webb Telescope.

NASA has an art challenge called #UnfoldTheUniverse on their website that I’m going to participate in, and I’d love for you to join me in also being inspired by space by creating your own art, too! There are months ahead to participate, so there’s no hurry. The prompt they give is simple:

What do you think we’ll discover when we #UnfoldTheUniverse? Show us what you believe the Webb telescope will reveal by creating art. You can draw, paint, sing, write, dance — the universe is the limit!

So much about creating art is about leaving your mind open to possibilities and allowing for randomness and magic to happen. It’s easy to get caught in the trap of thinking everything has to be or look a certain way in art, or that, like my thinking about science, that you have to know things in order to make art, and that is simply not true.

And it’s probably why imagining what is out there in space is so inspirational to my art–if you don’t know what it looks like, there are no rules! It’s very freeing!

And, it seems like a wonderful exercise to start the year– won’t you do it too? (And if you do, let me know!!)

Previous Post Laughter is the Language of the Soul
Next Post Julia Chester Emery: Superhero!
0 items in your cart