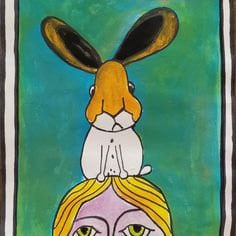 I’ve been wanting to start blogging again for a while now. Over the past year, I’ve opened up my computer on more than one occasion with the intention of beginning to write again. There’s just so much great stuff to share all the time, and I loved writing a blog a few years back.

But each time I try, I am stumped when confronted with the blank screen– how do I begin? I mean, I know the kinds of things I want to write about, and I could just start with one of those things, right? Like, just jump in.

And there I am, stumped again.

Normally at this point, I would decide to try this on another day when I will surely be more inspired. But I’ve been here before, and I know what will happen. I mean, as a lifelong procrastinator of, well, everything, I know that putting something off until later just begets putting things off until later. Many of us have learned this lesson!

Perhaps being the beginning of a new year helped, but today I felt more compelled than usual to get started on this, so instead of closing my computer and slinking away (picture the meme of Homer Simpson slowly backing into a bush and disappearing), I closed my eyes and thought about my favorite first line of a novel for inspiration. I haven’t tried this before.

The book is a wonderful coming-of-age story told from the perspective of Cassandra, a teenager whose parents have moved them into a rickety, rundown, piece-of-crap old castle in the English countryside. The irony is not lost on me that this is also a book about Cassandra’s father who has written a widely and critically acclaimed novel, who then experiences writer’s block and can’t get going on his second novel. They move to the castle, in fact, because he is sure that will inspire him– Writing first lines is hard!

In any case, the first line/ paragraph has stuck with me ever since reading this book oh so many years ago:

"I write this sitting in the kitchen sink. That is, my feet are in it. The rest of me is on the draining board, which I have padded with our dog's blanket and the tea-cosy."

Doesn’t that make you just want to grab the dog blanket and head to the draining board? How does one even write such a compelling first line? It’s like you can’t even help wondering what will happen next!

I know what I want to write about with this blog. I want to share about people and things and art and music and the animals that inspire me that may also inspire you! I want to share my art and projects that I’m working on. And, I want to share the beauty of Oil CIty, Pennsylvania, the small town nestled in rolling, almost mountain hillsides next to the Allegheny River that my partner Erin and I, along with her kids and lots of animals, have lived in for a little over a year now.

There is so much positive, colorful, and unbelievably cool stuff that happens each day, and right now, highlighting that happy and cool stuff seems really important. Though my goals are clear, I sadly still don’t have a compelling first sentence. This time, though, my thought was this: instead of continuing to agonize over this issue and never write again…

(which is obviously the only other solution)

… I would just use what Dodie wrote as my model, but insert my own nouns and verbs, kind of Mad LIbs style, and that that will be that. Problem solved! FIrst line written!

And so, I give you this, my first lines:

"I write this sitting in the mooshy, flowered chair by the window. That is, though my right foot is actually touching Harold the dog, and my left is on the floor, most of the rest of me is in the chair. Looking ahead, I see the tiny eyes of Ida Tarbell the Guinea Pig staring back at me."

OK, so maybe it’s not as compelling as writing in the sink. :) But my version has a dog AND a guinea pig.

So with that, I will say, I hope your New Year is off to a great start! Feel free to follow along on whatever adventures will happen here!

Here’s to a year of overcoming challenges!