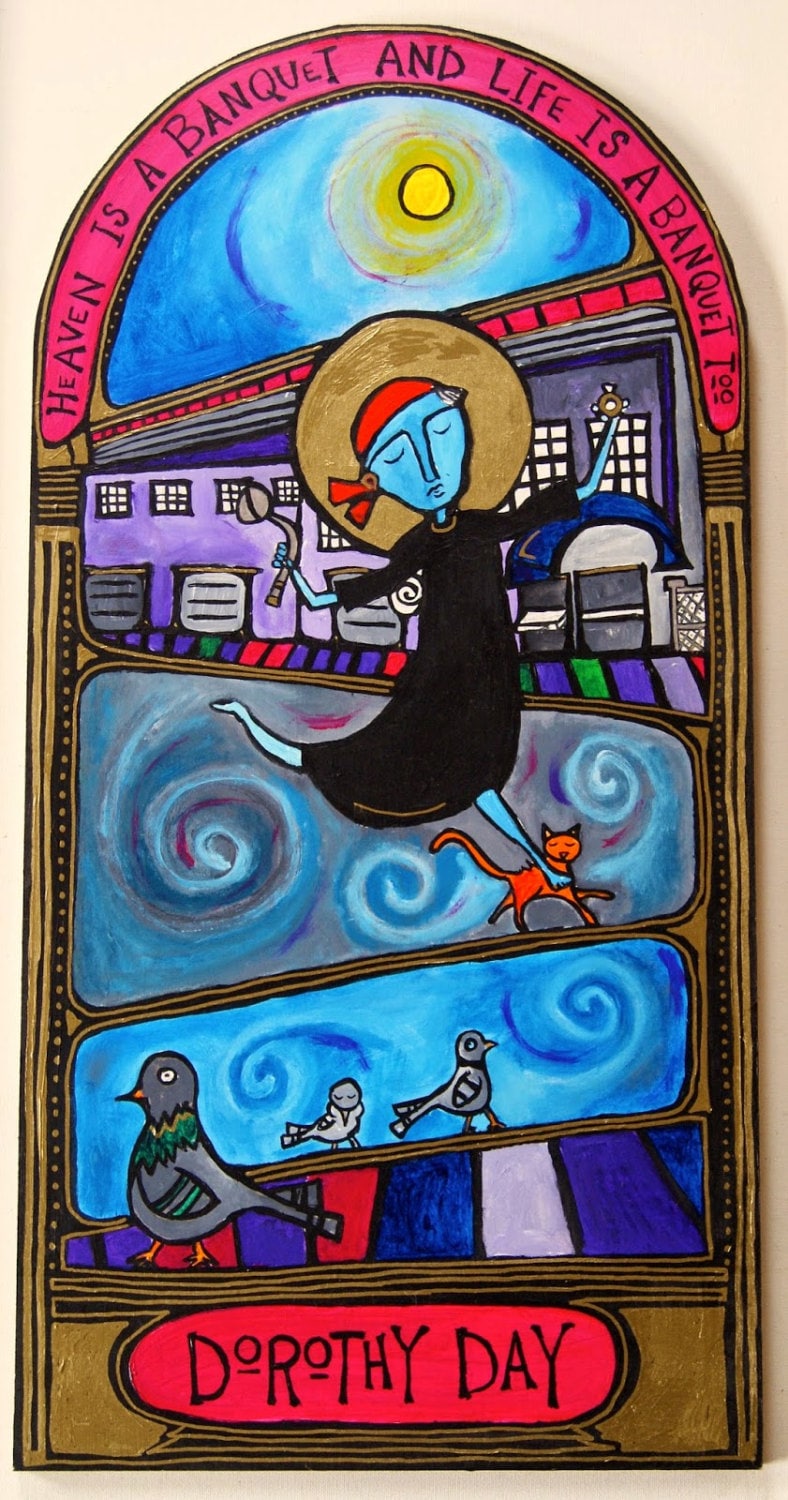 Dorothy Day is a print from the original painting by Marcy Hall, part of the Abbey of the Arts Dancing Monk Series.

Dorothy Day was an American journalist, social activist, and Catholic convert. In the 1930s, Day worked closely with fellow activist Peter Maurin to establish the Catholic Worker Movement, a pacifist movement that combines direct aid for the poor and homeless with nonviolent direct action on their behalf. She practiced civil disobedience, which led to additional arrests. Her activism and writing gave her a national reputation as a political radical, perhaps the most famous radical in American Catholic Church history.

A beautiful artwork by Macy. I got it as a gift to a friend, who loves it. It also looks really nice in a frame I placed it in.

It is beautiful. Not bent at all. Lovely little note included.

Visually striking tribute to an under-recognized American ‘Catholic Worker’ saint in the school of feeding-the-poor Jesus and St Catherine of Sienna, whose sharp wit and tongue kept popes and cardinals a tad more honest.

Definitely a saint we need to know more about today.