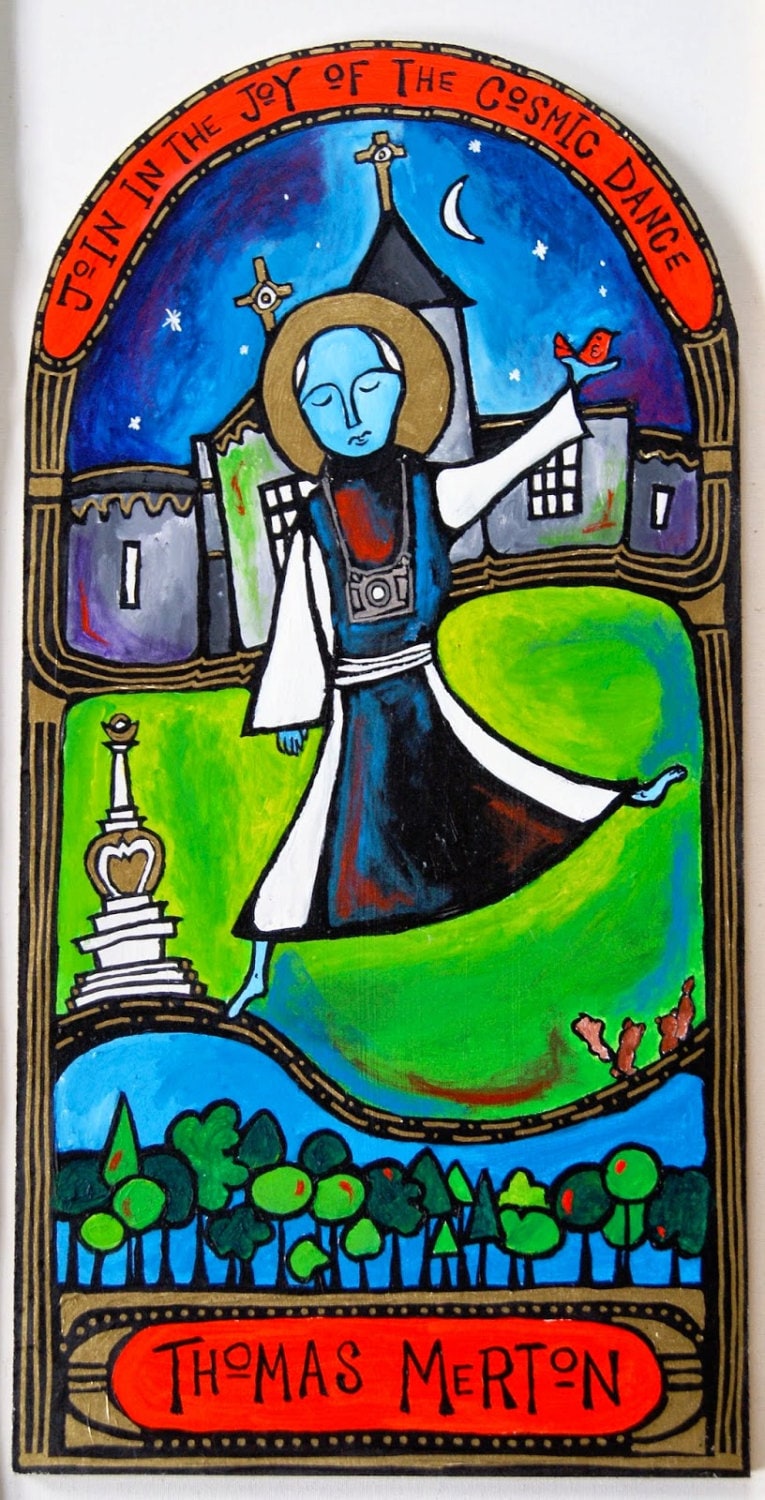 Thomas Merton is a print from the original painting by Marcy Hall, part of the Abbey of the Arts Dancing Monk Series.

Thomas Merton was an American Catholic writer and mystic. A Trappist monk of the Abbey of Gethsemani, Kentucky, he was a poet, social activist, and student of comparative religion.

Merton is pictured here with his camera. Evan Gillespie of the Tribune said this about Merton's photography: "Merton's goal for the photographs was one of spiritual and intellectual transcendence, but they function on an aesthetic level so pure as to be visually transcendent as well. That's almost too much to expect from photographs and an achievement not often seen these days."

The quality of these prints is top notch. There are so many details that we are planning to use these when we talk about the saints. We love the little camera around Thomas Merton's neck.

Perfect !! Love it. Shipped and packed well and arrived so quickly. So special. I cant wait to gift it to my dear friend !!

I just want to say that this is my sixth purchase from this outstanding artist. I have loved everything about my experience. The art is phenomenal and exactly as advertised and the customer service is great. Highly Recommended

Gorgeous image and the colors are so vibrant. Love this piece so much

Luv this levitating, whirling dervish take on Fr Tom Merton, my personal exemplar: a contemporary saint and inter-religious pilgrim. Got two of artist Marcy Hall’s ‘Dancing Monk’ Merton prints, one for me and one for my son who is named Thomas after Merton. Great helper elf logistics!