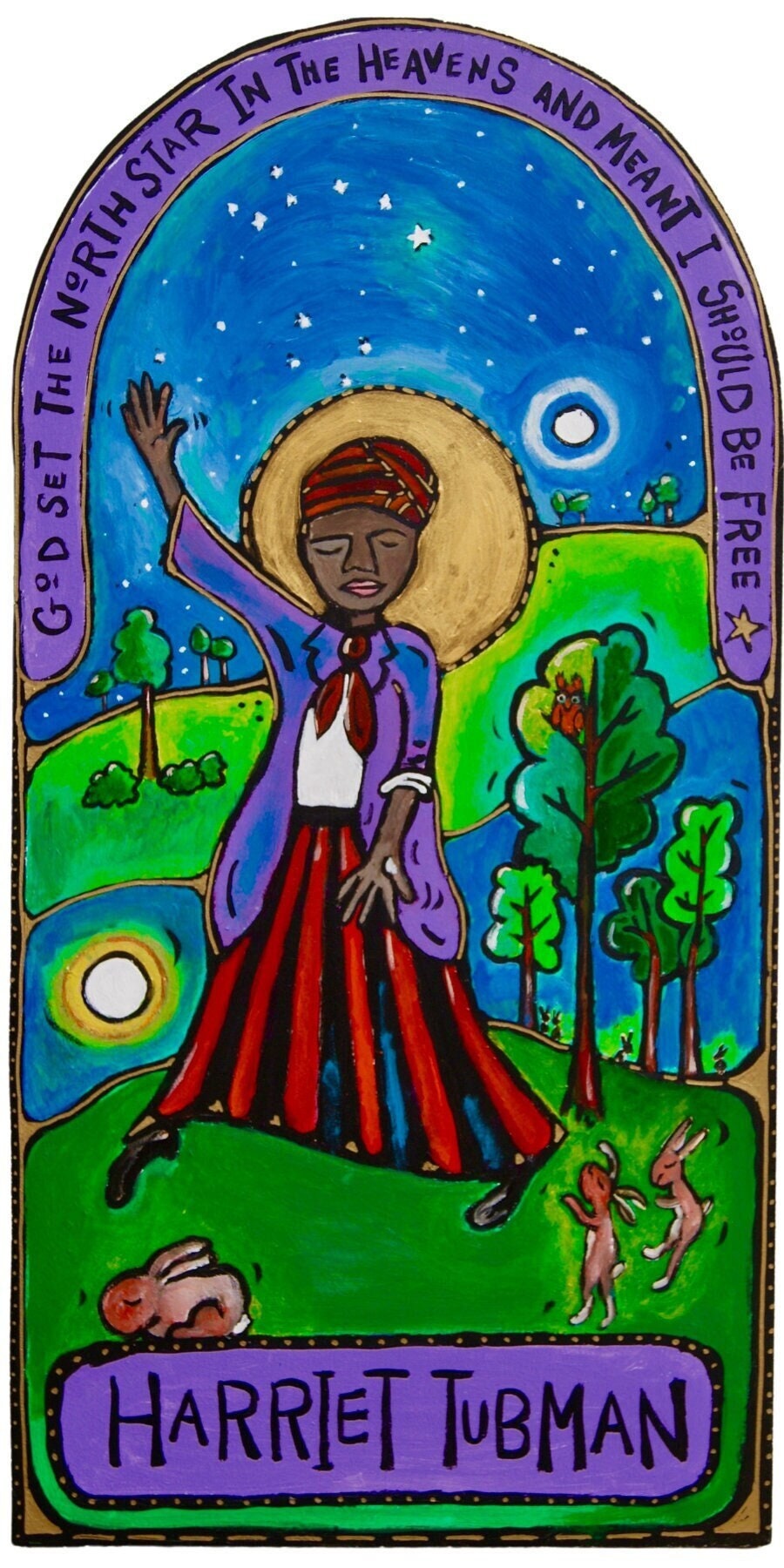 "Harriet Tubman" is a print from the original painting by Marcy Hall, part of the Abbey of the Arts Dancing Monk Series.

Known as the “Moses of her people,” Harriet Tubman was enslaved, escaped, and helped others gain their freedom as a conductor of the Underground Railroad. Tubman was also a spy, guerrilla soldier, scout, and nurse for the Union Army during the Civil War. She is regarded as the first African American woman to serve in the military.

"God set the North Star in the heavens and meant I should be free." -Harriet Tubman