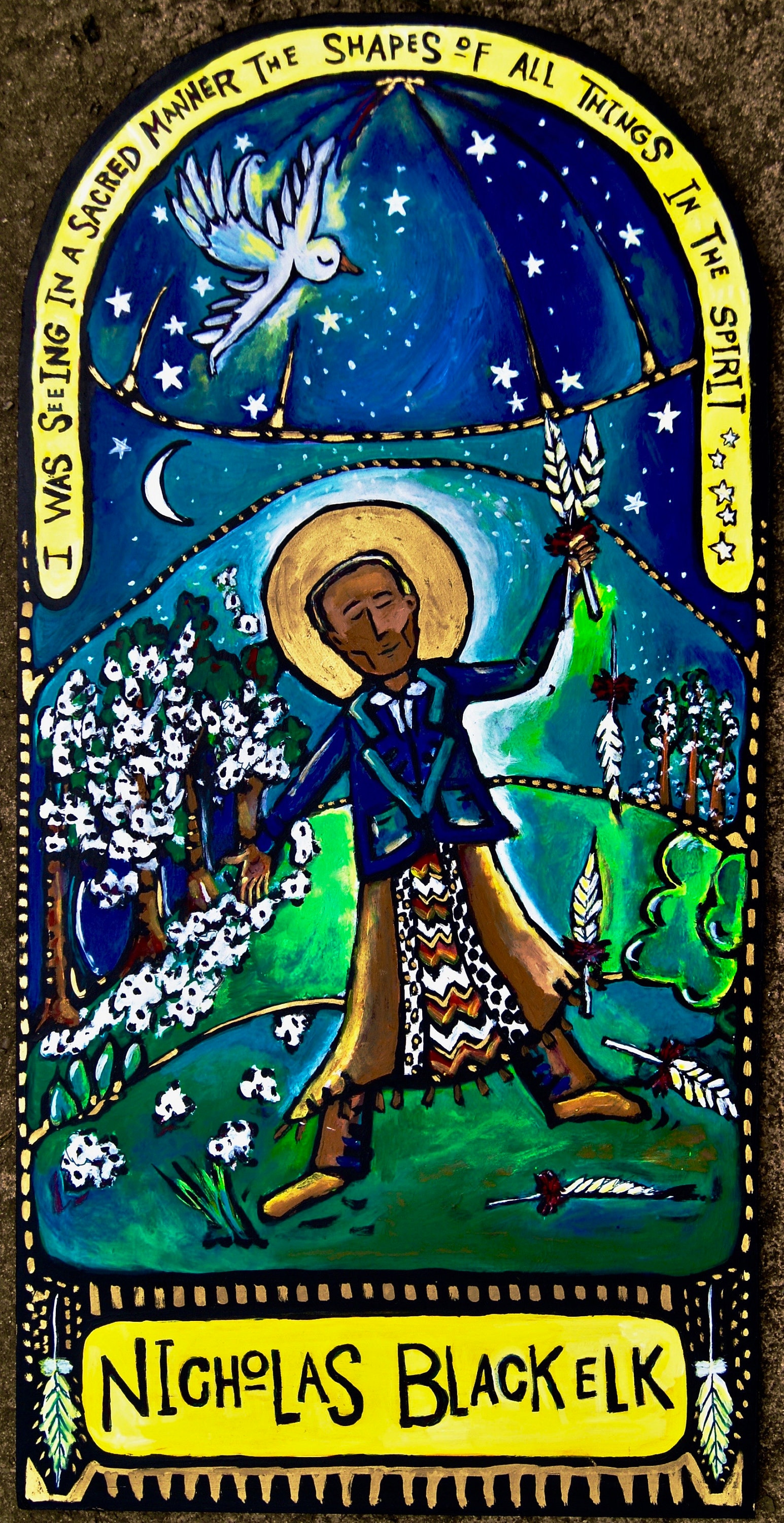 “Nicholas Black Elk”
A print from the original painting by Marcy Hall.

Each vivid print is on acid free, archival quality matte photo paper and measures 5"x10" and is mounted on a 11"x14" matte. The print is signed and titled on the matte.

Nicholas Black Elk was a Lakota Medicine Man. A second cousin of Crazy Horse, he fought in the Battle at Little Bighorn, survived Wounded Knee, and traveled the country as part of the Buffalo Bill Wild West Show. Later in life, he converted to Catholicism, but he never stopped practicing Lakota ceremonies. It was said that he was as comfortable with his rosary as he was with his peace pipe.